Sanctuary Of The Moors

Sanctuary Of The Moors is a 2016 concept release of all-new material based on the history, legend and lore of Anglezarke and Rivington moors in Lancashire.

Of Men And Mer

Many thousands of years ago, the lands were covered by frozen glaciers and latterly the molten valleys were carved by the sliding frost.  The evidence of the millions of sea creatures that lived in this area is still evident now, as any visitor can see.  The lyrics tell the tale of the changing times through the eyes of those who came before.

Maw Of The Rift

A very eerie story is told of a footpath, beginning on a winter’s evening soon after the turn of the century, when a farm labourer living on Dean Head Lane in Rivington dashed terror-stricken into the Black-a-Moor’s Head Inn, and startled the members then in the club with the statement that he had just seen the devil.

He was terrified, breathless, and almost exhausted, so he was given a drink and a seat by the fire until he had recovered composure enough to tell of his unnerving experience. He said that he was walking the narrow footpath along the north side of Dean Wood valley, and thinking how he would enjoy a drink of beer when he got to the club, when, at the spot where the footpath is nearest to the steep side of the valley, something made him look round over his shoulder, and there, almost touching him, was the Devil, horns and all. Whereupon, almost scared out of his wits, he fled, as fast as his legs would go, for the club, expecting at any moment something terrible to happen to him, but he arrived there safely.

Afterward he would not talk of his hair-raising experience, except to affirm that all he had stated was true.

Three months later his dead body was found near the brook in Dean Wood valley, directly under the spot where he had seen the devil. He had evidently fallen from the top of the steep side of the valley to the bottom.

The song tells the tale of a terrifying battle that occured at The Street, an old manor house which still stands on the banks of the Upper Rivington Reservoir.  Children were threatened and missiles were thrown during a confrontation between hundreds of townsfolk and the owner of the property.  Lancashire church bells can be heard tolling through the track, as they did during the feast of All Hallow’s when the upheaval occurred.

Sanctuary Of The Moors

Before the reservoirs and the industry, the moors were home to rural families which have now disappeared virtually without trace.  Whilst some ruined farms are present, others are buried beneath the waters of the artificial lakes.  The song urges a lone visitor to explore the old threads in silence and imagine the lay of the land during the late 1800’s, when a small but thriving community existed.

Anglezarke has Nordic origins – it’s name comes from Anlaf’s Land, and it was he who often observed the slopes of Winter Hill, a place known previously as Winterhold.  This land of the lapwing and curlew has always been ridden with frost and foreboding.

Wild Woods is a 2016 culmination of prior releases Trismegistus and Anglezarke.

The Secret Of Hermes

Hermes Trismegistus gave cryptic instructions to European alchemists, which if translated correctly tells the reader how to create the Prima Materia – the Philosopher’s Stone.  These instructions were written on the Emerald Tablet, which has been deciphered over time, it’s secrets now revealed.

Destroying Angel
The track tells the tale of identifying the Soma, a Vedic ritual drink referred to in Hinduism.  Much speculation has been made as to the original identity of the plant that created the Soma, some say it was Amanita or another hallucinogenic fungi.  Shamans were said to have drank the urine of those who consumed the Soma, thus removing it’s more harmful constituents.  Those who took it first hand were said to become manically entranced.
Forged Land
Harking back to a more pastoral time before mass consumerism brainwashed the masses, the lyrics tell of a longing for a simpler life at one with the coast and the wilds.
White Gold Wielder
is based upon The Chronicles of Thomas Covenant by Stephen R. Donaldson.  Leaving the sunken island of the One Tree, the Giant ship Starfare’s Gem sets course to return to the Land.  In a dangerous region of the ocean known as the Soulbiter, the ship is blown off course into the far northern reaches of the Earth and becomes ice-bound.  Realizing that the Land’s needs cannot wait for the spring melt, Thomas Covenant leaves the ship and strikes out south over the icescape, accompanied by Linden, Vain, Findail the Elohim, Cail of the Haruchai, and four Giants.

Barleycorn’s Lament
Based on the Old English piece, John Barleycorn, the lyrics tell of the harvest and rebirth cycle as depicted through a crop of barley from sowing time through to it’s final product, a fine pint of cask ale!

Arendia were a four-piece during the recording of Wild Woods – from L to R – Anthony Couch (now of Nokturnal Ritual), Ged, Brody, Fishwick. 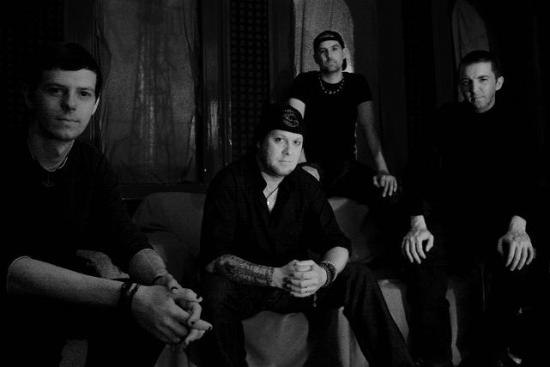