Originating from the north of England and featuring current and past members of bands such as Narcosis, Evisorax and Zeus, Arendia play fast but atmospheric metal, wearing their thrash, traditional and black influences on their sleeves, but creating a sound that’s all their own.

Formed in 2004 as a side project, Arendia became a full-time band in 2007 with the addition of guitarists Mark Fishwick and Anthony Couch. In March 2008 the band recorded their second demo (their first as a full band) entitled Anglezarke, produced by John Kettle who Simon had previously worked with whilst in Narcosis. It featured three brand new tracks, inspired by the myths, legends, history and fantasy inspired tales of old England as well as a re-recording of Level 4 from the first demo.

In the summer of 2009, Arendia recorded their Trismegistus promo, which saw them further explore their roots with five brand new tracks including the epic Barleycorn’s Lament. Produced by Alan Gregson (Cornershop etc.) at his studio set in the Lancastrian countryside, Trismegistus shows the band visiting more esoteric themes such as ancient alchemical experiments, and shamanistic rituals.

Following the release, a hiatus followed due to work commitments. Ant moved to Sheffield, and Arendia became a three piece, with Ged on vocals and bass, Brody on drums and Fishwick on guitar. Arendia returned to writing duties in 2015 and completed their half-hour mini-opus Sanctuary of the Moors in September 2016. The entire recording, mixing and producing of the concept piece was completed in a mere three days at West Orange Studios once more. 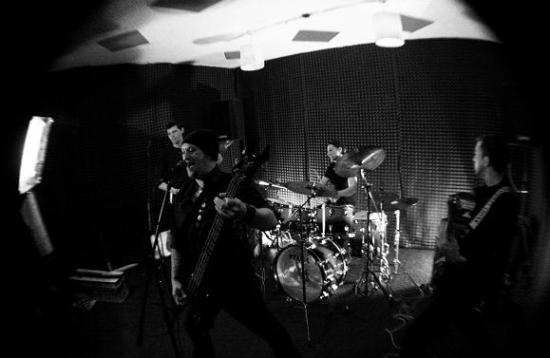